CALL TO DONATE A WORN FLAG

The red poppy came to symbolize the blood shed during battle following the publication of the wartime poem “In Flanders Fields.” 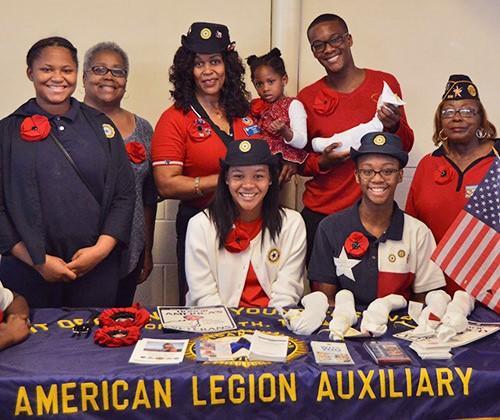 After World War I, the poppy flourished in Europe. Scientists attributed the growth to soils in France and Belgium becoming enriched with lime from the rubble left by the war. From the dirt and mud grew a beautiful red poppy. The red poppy came to symbolize the blood shed during battle following the publication of the wartime poem “In Flanders Fields.” The poem was written by Lieutenant Colonel John McCrae, M.D. while serving on the front lines.

In Flanders Fields the poppies blow
Between the crosses row on row.
That mark our place; and in the sky
The larks, still bravely singing, fly
Scarce heard amid the guns below.
We are the Dead. Short days ago
We lived, felt dawn, saw sunset glow,
Loved, and were loved, and now we lie
In Flanders fields.
Take up our quarrel with the foe:
To you from failing hands we throw
The torch; be yours to hold it high.
If ye break faith with us who die
We shall not sleep, though poppies grow
In Flanders fields.

Each year, members of The American Legion family, led by the American Legion Auxiliary, distribute poppies with a request that the person receiving the flower make a donation to support the future of veterans, active-duty military personnel and their families with medical and financial needs.

Poppy Day is celebrated in countries around the world. This year, The American Legion has brought National Poppy Day™ to the United States by asking Congress to designate the Friday before Memorial Day, as National Poppy Day.

On May 26, wear a red poppy to remember the fallen and support the living who have worn our nation’s uniform.