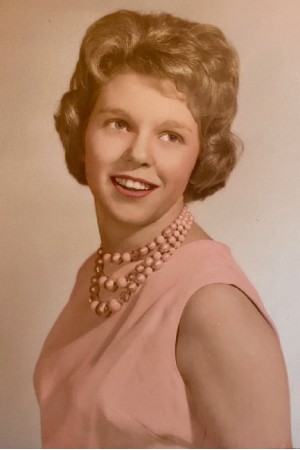 Estelle was born on May 26, 1945, to Cleamon Coleman and Jessie Mae Coleman (Snead) in Statesboro, GA. Initially, she attended Statesboro High School but later transferred to and graduated from Dalton High School.  She began working at an early age - training under her mother, Jessie, as a lab and x-ray technician.

It was around this time that Estelle met and fell in love with Harvey.  They married on April 28, 1961, and five years later welcomed their first son, John. A few years later, a second son, Mark, joined the Berry family.

While Estelle was a dedicated wife and mother, she also had a passion for her work. She was able to manage her home, raise two rowdy boys, and continue advancing in her career.  She loved her job, and helping patients gave her great joy. She quickly earned her certification and worked alongside her mother as many doctors over the years until retirement.

After retirement, Estelle spent her time caring for her mother and spoiling her grandchildren as much as possible. Her grandchildren describe her as spunky, empathetic, caring, loving, supportive, funny, and big-hearted. She also enjoyed drawing and was a talented artist.