Robert John Hubauer Jr. age 63, of Acworth, GA passed away on November 4th, 2019, at Northside Cherokee Hospital with his wife, daughter, and granddaughter by his side. He was born in Chelsea Naval Hospital, in Chelsea, Massachusetts and was the son of Claire T. (O'Brien) Hubauer and the late Robert J. Hubauer Sr., the husband of Elizabeth (Antoine) Hubauer, with whom he shared 36 years of marriage, children, and grandchildren.

Robert honorably served his country in the United States Marine Corps for 20 years, was a Gulf War Veteran, and retired in 1994. He then worked for the Cobb County Sheriff's Office for 16 years including a period of time at as an instructor at the North Central Georgia Law Enfocement Academy and Clayton Regional Police Academy, After retiring, he continued to work in the security training field.

His sister, Mary C. Hubauer and Chris Carney, their children Christopher and his wife Kate, and Erin. His brother Shawn J. and Mary Beth Hubauer, their children Sarah, Shawn, Katherine and Matt.

Known as “Bob” or “Gunny” by his friends, loved ones, and colleagues, Bob had a heart for many things. He enjoyed building model rockets, motorcycles, electronics, and cars, including collecting model police cars from across the country. But above all, Bob had a heart for loving and protecting animals and people. There wasn’t a stray cat he wouldn’t feed, nor a neighbor he wouldn’t comfort. No matter where Bob went, he was always ready to listen to someone’s story and think of a way to bless them, both quietly and humbly. In addition to his life of service, Bob also actively supported organizations such as the Marine Corps Heritage Foundation, National Law Enforcement Officers Memorial

Services for Bob are as follows;  Visitation Tuesday November 12, 2019 from 6-8pm & 10-11:30 AM, Wednesday, November 13, with the funeral to follow at 11:30 AM.  Interment at Georgia National Cemetery at 2:30 PM.  In memory of Bob’s heart for others, donations may be made to the in lieu of flowers to the charity of your choice.  Condolences can be left for the family at www.GeorgiaFuneralCare.com. 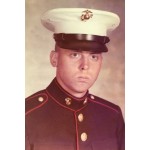 At Georgia Funeral Care and Cremation Services, our  funeral home humbly and compassionately serves your loved ones, veterans, family members, friends and colleagues whom have recently passed away in and near Cobb, Cherokee, Bartow, Milton, Paulding and Fulton Counties in the cities of Kennesaw, Marietta, Atlanta, Acworth, Dallas, Hiram, Alpharetta, Buford, Canton, Cartersville, Dunwoody, Roswell, Sandy Springs, Smyrna and Woodstock.