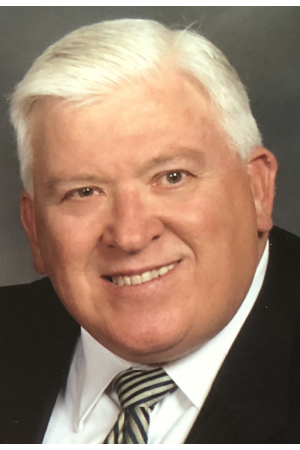 Ron was born in Beaver Falls, PA to Willis and Viva Boggs and was the protective older brother to Jeanne (Ballard).  Ron spent his early years playing football, basketball and baseball in his beloved Western, PA town until a career-ending slide into second base at 21.  Ron passed along his love of sports to anyone he came in contact with, including the many young athletes who trained at his East Cobb baseball facility, Grand Slam USA in the 1990s, the members of his local Pittsburgh Steelers club, his loving friends with whom he shared legendary tales, but mostly with his family whom he adored and bragged about frequently.

Ron married Lolly (Roth), his loving, caring wife of 47 years, in Pittsburgh, PA, before his career in sales moved the young family to Atlanta, GA in the late 70’s, to Louisville, KY and Greensboro, NC in the 80’s and back to metro Atlanta in the 90’s, where he lived until his death.   Everywhere Ron went he developed amazing friendships, many of which were formed on a field or court and involved him coaching and cheering on his children Stacey (Jim) McCallum and Ronnie (April) Boggs.

When Stacey and Ronnie finished their own college athletic careers, Ron stayed active by volunteering and mentoring challenged youth throughout metro Atlanta and in 2013 won the Director’s Award for Volunteer of the Year from the Opportunity Knocks Organization.

Ron’s greatest passion in his final years was his grandchildren, Preston Hurter (23), Brant Hurter (20), Kason Boggs (13), Kara Lynn Boggs (12) and Bailyn Boggs (8).   You would always see, and likely hear, Ron as he supported them and kept their statistics for his entertaining post-game story telling.  They were his prides and joy.

A memorial service will be held for Ron on Thursday, November 29th at 1 PM in the Chapel at Mt. Bethel United Methodist Church in Marietta. In lieu of flowers, the family asks that donations be made in his name to The 6-4-3 Foundation (P.O. Box 643, Marietta, GA 30061), whose mission it is to enhance the lives of children and families through sports.