CALL TO DONATE A WORN FLAG 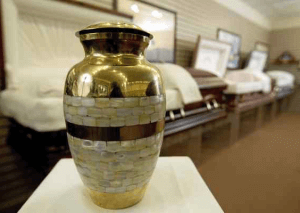 If you are still on the fence about whether you prefer cremation or burial, look at some of these celebrities and famous people whose wishes were to be cremated. In 2015, 56% of Georgians were cremated and that number is projected to continue to rise. Mississippi is the only state not expected to have more cremations than burial in 2025.

Walt Disney is most known for the creation of Walt Disney Parks and Resorts. DisneyLand was founded in California in 1955 and now there are locations in Florida, Hawaii, France, Hong Kong, Shanghai, and Tokyo. There have always been rumors floating around that Walt Disney’s body is being preserved under the Pirates of the Caribbean ride at Disney World, but those rumors are false. After Disney passed away in 1966, his wishes for cremation were carried out. His remains are kept in a mausoleum at a cemetery in California.

We all know about the genius Albert Einstein and his many inventions. What most people do not know is that Einstein’s chose cremation over burial, and wished for his ashes to be scattered in a river. Once he passed away in 1955, his wishes were granted. The only part of Albert Einstein’s body that wasn’t cremated was his brain. His brain was removed, and many tests were performed on it. Einstein’s brain is now preserved at the University Medical Center in Princeton.

John Lennon is most known for being the co-founder of The Beatles. In December of 1980, Lennon was shot and killed by Mark David Chapman. Lennon was rushed to a nearby hospital, but was dead on arrival. John Lennon was cremated and, after cremation, his ashes were scattered by Yoko Ono in Central Park.

George Harrison is most known for being the lead guitarist in The Beatles. Harrison was diagnosed with throat cancer in the late 1990s and was later treated for lung cancer and a brain tumor in early 2001. Harrison died on November 30th, 2001 at a friend’s home in England, and his remains were cremated just nine hours later per his wishes. After cremation, his ashes were scattered in the Ganges river, a sacred river in India.

Christopher Reeve is most known for his role as Superman in the 1970s and 1980s. In the last few years on Reeve’s life, he suffered from many infections which he believed to come from bone marrow. He survived three infections which all could have been fatal. In 2004, Reeve’s was being treated for another infection and the antibiotic he was taking put him into cardiac arrest. He fell into a coma and later died at hospital in Mount Kisco, New York. Christopher Reeves was cremated and a private memorial service was held to celebrate his life. His ashes were later scattered by the family.

David Bowie was an iconic rock star known for hits, “Space Oddity,” “Changes,” and “Moonage Daydream.” Bowie was diagnosed with liver cancer and later died from it at the age of 69. Bowie’s body was cremated and his family held a small private ceremony to celebrate his life. In his will, his wishes were to have his ashes scattered in Bali, Indonesia.

Prince was most known for being an iconic pop star in the 1980s. He had hits, “Little Red Corvette,” “Purple Reign” and “1999” that were loved by millions of people. Prince died on April 21, 2016 in his Minnesota home. The autopsy shows that Prince died from an accidental fentanyl overdose. The family of Prince held a private memorial service to celebrate his life.

JFK Jr. was most known for being an American lawyer and the son of President John F. Kennedy. JFK Jr. was only three years old when his father was assassinated. JFK Jr. died on July 16th, 1999 in a plane crash over the Atlantic Ocean. The plane never arrived at the airport it was scheduled to arrive at the the coast guard was sent out to find the plane. Two days later, the coast guard called off the search but on July 19th, sonar was able to find the plane on the bottom of the ocean. Navy divers were able to pull JFK Jr., his wife and sister-in-law from the wreckage. All three of them were cremated and their ashes were scattered at sea from the Navy Destroyer USS Briscoe.

Your decision to choose cremation or burial is very personal, and one that should be discussed with your closest loved ones so they understand your wishes.

We understand that making the many decisions that come at a time of loss can be difficult and overwhelming. At Georgia Funeral Care, we want to make the arrangement and pre-arrangement process as simple as possible. Give us a call or send us a message – We are here to help.