Richard Allen Peck, 87, of Atlanta, Georgia, passed away peacefully in the company of his family on December 7th, 2021 after a recent illness.

Our beloved father, grandfather, great grandfather, and uncle were born on November 7th, 1934 in Irvington, New Jersey. He was the son of William Allen and Helen (Zakowsky) Peck. Following graduation from Irvington HS, Richard proudly served with the 370th Armored Infantry Battalion in Germany from 1954 to 1956. After his Army service, he had a 43-year legacy career with Signature Flight Services at Newark airport. An accomplished 11-time marathoner after age 45, Richard was committed to fitness and could be found at LA Fitness six days a week. Beyond faith and family, his true love and passion were baseball and the NY Yankees, though he adopted the Braves as his new home team and was delighted to see them win the World Series this year.

A lifelong Catholic and firm believer in Christ, he held a strong and unwavering faith in his Lord and Savior and regularly attended services at Our Lady of the Assumption since his relocation to Atlanta in 2019.

Richard was preceded in death by his parents and his brother, William Peck.

Memorial Mass services will begin at 10:00 AM on Friday, January 7th, 2022 at Our Lady of Assumption, Brookhaven, Georgia followed by a graveside funeral service for the family at 2:00 PM at the Georgia National Cemetery in Canton, Georgia. In lieu of flowers, the family has requested donations be made to Richard’s favorite nonprofit, Outreach Asia, www.outreachasia.org. 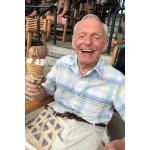 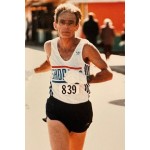 Jim Marshall On Jan 03 2022 at 8pm
Fair Winds and Following Seas; If they are remembered, they are not gone truly, they simply change duty assignments and are among our best. Georgia Patriot Guard Ride Captain Reply to this comment
Showing 1 to 1 of 1 (1 Pages)