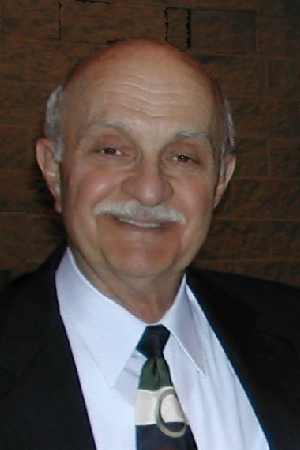 Vincent “Jim” Saccone, 84, passed away on Thursday, December 29, 2022 with his wife at his side.  He was born in Johnstown, Pa. on August 10, 1938.  Son of Vincenzo and Frances Saccone.  Survived by wife, Rosalie (Trovato), married 61 years; Loving father of daughter CathyJo (husband, Donald), son James (wife, Kimberly); Proud Grandfather of Alyssa, Nicholas, Michael and Mitchell. Survived by many loving nieces and nephews.  Preceded in death by parents, sisters Flora Gallo and Carmela Spadone and niece Francine (Spadone) Sherman.  After graduating from the University of Pittsburgh in 1960 he began his career with Bethlehem Steel Corporation as a looper management trainee.  He was then assigned to the Johnstown Plant as a technical assistant in the Mechanical Department.  In 1965 he transferred to the Gautier Bar Mills Division.  Here he moved up through various positions and retired as Superintendent of the Finishing Bar Mills in 1993.

He then began a second career with Concurrent Technologies Corporation and retired his full-time position in 2000 and continued to work part-time until 2014.  His passions were his family, his faith and his work.  He was an avid bowler with the Bethlehem Steel bowling league; his favorite pastimes were reading, gardening and playing bridge.  His property was widely known as one of the most beautiful properties in Westmont because of his gardening expertise.  He also was active in church activities serving on the Pastoral Council and a long-time church usher.  He also was President of the Johnstown Bridge Association from October 2008 to January 2010.  Celebration of Life at Holbrook Acworth Thursday, January 12, 2023.  Funeral mass at Our Mother of Sorrows Church, Johnstown, PA on January 15, 2023 at 2pm with Father Mark Begly as celebrant.  Interment at Grandview Mausoleum, Westmont PA.  In lieu of flowers, please send donations to Our Mother of Sorrows Catholic Church.