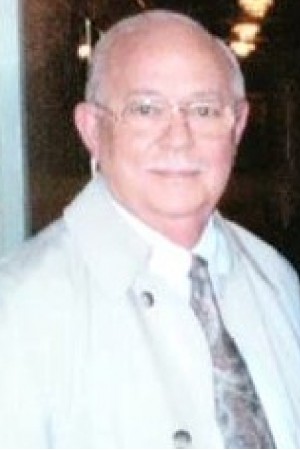 Carlos Raymond Smith passed away peacefully in the early morning hours of Christmas Eve, December 24, 2021, in Kennesaw, Georgia. He was 92.

Carlos (known as “Ray” to many in his family) was born on September 30, 1929, near Martin, Tennessee, to Coleman Clois and Annie (Black) Smith.  He is survived by his children, Jackie (Lane) Arthur of Grimes, Iowa; Robbie (Julie) Smith of Athens, Georgia; and Warren (Missy) Smith of Charlotte, North Carolina. He is also survived by nine grandchildren (two spouses) and one great-grandchild, and many nieces and nephews. He was preceded in death by his parents, his brother Harold (“Bud”), and his sisters Geneva and Dorothy.

As a child of the Depression, he had a difficult early life in West Tennessee.  His family lived as sharecroppers and tenants on various farms around Martin and Dresden, Tennessee. Carlos dropped out of school at age 14, after completing the eighth grade, in order to find work and help provide for himself and his family. He was part of the Great Migration that saw the movement of millions of poor southern families to the north in the 1920s, 30s, and 40s. He eventually settled in Chicago. While still a teenager he earned enough money to purchase a small farm in Tennessee, and he always considered Tennessee home.

In 1951, he was drafted into the U.S. Army and served with the fabled 2nd Infantry Division during the Korean War. He fought in some of the deadliest battles of that war, including Heartbreak Ridge and Bloody Ridge. His service in Korea ended after he was wounded in battle, for which he received a Purple Heart.

He initially found it difficult to talk about what he saw and did in Korea. Decades later, he found it easier to talk with fellow veterans in chat rooms and on Facebook pages.  Those online accounts eventually came to the attention of a television producer, and Carlos was featured in the television documentary series “War Stories With Oliver North.”  His story played a prominent role in an episode called “The Hill Battles of Korea.”  When Carlos was in his late 80s, he wrote a book about his time as a soldier called Korea:  A Memoir of an Infantry Rifleman.

After his service in the Army, he received his high school equivalency diploma. Using the G.I. bill, he began college at the University of Tennessee-Martin. He married Carolyn Tuck and they settled in Memphis, where they began a family. Carlos continued his studies at Memphis State University (now the University of Memphis). He worked for Memphis Light Gas & Water and Westinghouse Corporation early in his career. A job with Reliance Electric Company took the family to Atlanta, where he spent most of the rest of his life.

Carlos was also an amateur woodworker, tinkerer, and inventor. A dining room table he built became a prized family possession. One of the achievements he was most proud of was the issuance of a patent for an exercise device called the “Trist-o-Grip” that he sold online and through sporting goods stores.

After rejecting Christ and the church early in life, Carlos made a public profession of faith when he was in his late 30s. His difficult early life experiences and the horrors of war caused him to have a complicated relationship with God, the church, and his fellow man, but he continued to profess his faith in Jesus until the final days of his life.

He passed away at Green Park Senior Care Home in Kennesaw, where he received excellent care during the final weeks of his life. A military funeral ceremony with honors will be held at a future date at Georgia National Cemetery in Canton, Georgia. 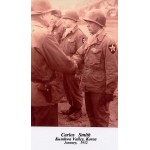