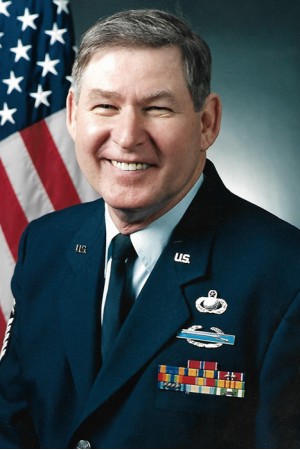 David Lynn Curtis passed away Sunday, September 6, at the Wellstar Kennestone Hospital in Marietta, Ga., of complications from his cancer treatment.  He was 73 years old.  He was born in Mercer County, Kentucky, on November 23, 1946, to David Mitchell and Eleanor Carr Curtis.  He graduated from Owen County High School in 1964.  He received a Bachelor of Arts degree from the University of Kentucky in 1979.  He also earned a Master of Science degree in Technical Communication in 1992 from the Southern College of Technology in Marietta, Ga.  David retired from IBM after more than 25 years, then resumed his career with PeopleSoft and Oracle.  David was always an enthusiastic supporter of our country, serving in the 1st Calvary Division during the Vietnam War.  He then served in the U.S. Army Reserve and retired as a Chief Master Sergeant from the U.S. Air Force.  He was a member, and served as Vice President, of the Dobbins Air Force Sergeants Association until his passing.  He received numerous awards and commendations from the military, including a Bronze Star.

David met Lynda Hampton soon after he returned from Vietnam in 1969.  They married on February 14, 1970, in Middlesboro, Ky.  David and Lynda called several cities home during their marriage, including Lexington, Ky., Boulder, Co., and have been in Woodstock, Ga., for over 30 years.  They celebrated a Golden Wedding Anniversary earlier this year, complete with family and friends at a rousing reception at their home in Woodstock, a testament to their mutual, everlasting devotion.

David is preceded in death by his mother and sister, Donna Curtis and his nephew George Davis Wilson III.  He is survived by his father and children, John Mitchell Curtis and his wife Mary Elizabeth, Rapid City, S.D., his daughter Sarah Elizabeth Curtis and grandson Thomas Hill Westray of Woodstock, Ga.;  brother Jerry Curtis and his wife Tina, Corinth, Ky.; sister Diane Curtis and her husband Marcus Manning, Lexington, Ky.; and brother Kenny Curtis, Tucker, Ga.  He also leaves behind his close neighbors and brother- and sister-in-law, Benton and Carolyn Jones, several doting aunts in Kentucky, as well as loving nieces and nephews from Kentucky, Tennessee and Georgia:  Johnna Maran, Dwayne and Jennifer Wilson, Michelle Martin, Nathan and Christine Jones, Jennifer and Steven Kittridge, Susan Jones, Amy and Jon Keplinger, Kenzie Muzzillo, Peyton Manning,  Jacob Curtis and Sam Curtis.  In addition, he leaves many nieces and nephews at whose schools he was always an honored guest on Veterans Day.

His many family members, neighbors, friends, work associates and fellow service members have the utmost respect for his love of family, citizenship, wisdom and humor.  But above it all, there is one common sentiment.

He was a good man.