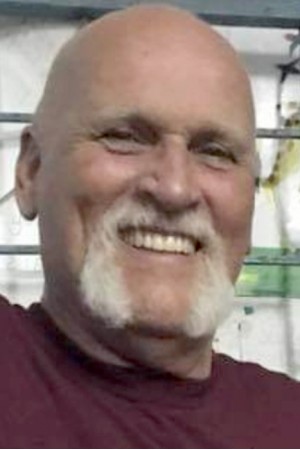 Douglas (Doug) William Parsons, a veteran of the Vietnam War and longtime resident of Acworth, GA, passed away on July 6, 2022 surrounded by family. He was known to many in the area, was born July 9, 1955 to William Douglas Parsons and Lois Mae (Vogt) Parsons and attended Hauppauge High School before enlisting in the U.S. Marine Corps. As an Aircraft Mechanic and Helicopter Pilot, Doug saw action at sea in the Vietnam War era, and he had many amazing stories. The U.S. Marine Corps recognized Doug for his honorable service.

After the war, Doug returned home, and relocated to Acworth, Ga. Where he met his later wife, Angela Parsons, and made a home. He was known for his memorable actions with serving God, and providing his labor resources to others in many different countries. He gave many contributions via the Parsons Project to Kenya, to support local churches, schools, military, and country natives. Doug was a giver to those in need of a hand at any moment helping any brothers and sisters in Christ.

Doug was preceded in death by his parents, and his daughter Casey Mahoney. He's survived by his wife Angela Parsons and his daughters, Jessica Hamilton, Megan (Mitch) Wright, and son, Hunner Parsons, Damian Webb, as well as grandchildren, Kenley Harris, Cooper Wright, Nicholas Mahoney, and Daisy Medina. His family has organized a memorial service to honor Doug's life, which will be held at the Georgia Funeral Care & Cremation Services (4671 S Main St., Acworth, Ga 30101) on Sunday, July 17, 2022 at 4:00 pm to 6:00pm, Memorial start at 6:00pm. Gravesite and Military Service will be held at Georgia National Cemetery (2025 Mount Carmel Church Lane, Canton, Ga 30114) on Wednesday, August 17th, 2022 at 3:00 pm.

Eric Simpson On Jul 21 2022 at 2pm
I worked with Doug years ago. He was a fantastic mentor and man. Always helpful to anyone that needed it. He led a great life and made an impact on many. Truly left this place better than he found it. Prayers for you all. Rest in Peace Doug. Reply to this comment
James (Tony)Heard On Jul 16 2022 at 6pm
I remember one your birthday about 15yrs ago we went out to eat dinner on this special day. We ate dinner at Longhorn (NC) and I had the waitress to come and sing happy birthday to u lolololololololool wrong move u got up and walked out on me lololol. That was a very funny night all I was hoping was u didn’t leave me there but u left me with the billl lolololol. On the way back to the hotel we laughed so hard u was one of the best big heart but caring as u could be. I have so many memories with u my friend this is hard to say again but RIP buddy I am really going to miss talking to u I love u buddy until we meet again Reply to this comment
Showing 1 to 2 of 2 (1 Pages)