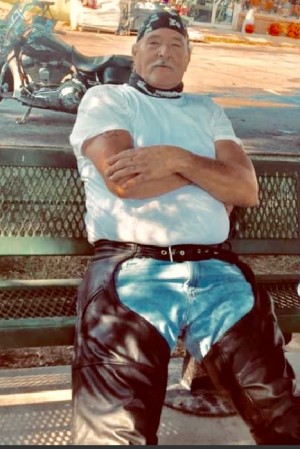 Edward Eugene Cooper (Ed/Eddie), age 65, of Calhoun, Georgia passed away peacefully at Advent Hospital early Thursday morning, August 11, 2022, following a three-week battle for his life. Ed was a mighty warrior in life and in death and fought courageously against cancer until the very end. Ed was born January 26, 1957, in Whitfield County to parents Eugene Eaker and Barbara Hamrick Eaker.

Ed was a man of adventure. He loved life and lived it to the fullest traveling across the nation multiple times in his younger years settling in California and Oregon for several years before returning to Georgia. However, Ed enjoyed nothing more than getting out in nature, riding his Harley, and hiking the Appalachian trail with his loving Wife, Family, and Friends, whom he loved very much; most importantly he loved God. Ed always tried to help others and continued to even in death, donating his eyes so that others may see.

The family would like to express a special thank you to everyone that extended a helping hand, including the Doctors, Nurses, and Staff at Advent Hospital of Gordon County, who provided the best of care to Ed and showed genuine compassion.

A Celebration of Life announcement will be made at a later date.

C P On Aug 18 2022 at 1pm
My condolences to the family. When losing a loved one it can be unbearable. In the Bible book of Isaiah 25:8 Jehovah God promises soon to "swallow up death forever." He also promises to bring back those who have fallen asleep in death (Acts 24:15). In a little while longer this kind of pain will be a thing of the past (Revelations 21:4). May these scriptures bring you comfort in this difficult time (jw.org) Reply to this comment
Showing 1 to 1 of 1 (1 Pages)