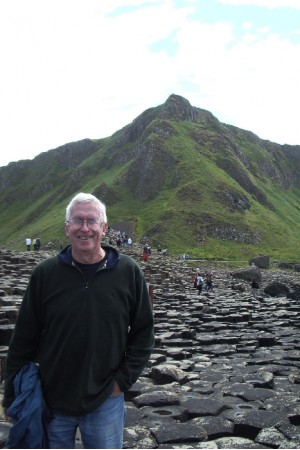 Ed was born on June 7, 1936, in San Francisco, California to Edward Joseph Shanahan, Sr., and  Minnette (Riley) Shanahan. He was raised in San Francisco and graduated from the University of  California, San Francisco, in 1958 with a B.S. Degree in Economics. He also obtained his Masters  Degree in Automatic Data Processing from George Washington University in 1971. In 1957, he  married Nancy Louise McGuire and they had five children together. Shortly after graduating from  college, Ed began a prestigious military career in the U.S. Army, traveled all over the United States and Southeast Asia with his wife and children, and enjoyed discovering areas of interests wherever the  family was stationed. Unfortunately, his marriage to Nancy ended in divorce, and years later, he  married Maleerat Naovarat (Add). Ed and Add moved to Georgia after he retired from the military,  which is where he has resided until his death.

Ed was an intelligent man who believed, first and foremost, in education. It was so important to him that he provided educational funds for his children and grandchildren and sponsored others in  need, who would not have otherwise obtained an education. Ed was an avid reader and read anything  military-related, historical in nature, and in his own words “anything he can get his hands on.” He  could spout off dates and facts of historical events that occurred like no other. Ed was also an avid  traveler, who loved Thailand, Ireland, and Italy (to name a few countries) and spent many years  embracing the culture, food, and citizens of the countries he visited. He even attempted to learn to  speak Italian so that he could converse with his Italian friends. Ed continued to travel well into his 80s, much to the dismay of his children. Ed’s integrity, honor, strength of character, and humanity was  impeccable. As a result, his children learned valuable life lessons from him and are better people  because of it.

Ed’s family wishes to thank Michelle and Rihannon from Lotus Blossom Hospice and Palliative Care for their compassion, sensitivity, and excellent care of Ed prior to and at the time of his death.  Ed’s family also wishes to thank Kelly Graffius from Oasis Senior Advisors for her unwavering support and her “boots on the ground” assistance to Ed and his children prior to his death.

Katie McGinn On Jan 05 2022 at 1pm
Ed was a close friend of my father Henry for over ten years. They walked around Cushendall together, visited the local pub together and holidayed in Scotland to see the Edinburgh Military Tattoo together. His warmth and humour charmed us all. Ed met up with my husband, Seamus and myself in Thailand and showed us cultural sights we would never have found on our own. He was a gentleman and a scholar whose absence is deeply felt on the Emerald Isle. May he rest in peace. Reply to this comment
Showing 1 to 1 of 1 (1 Pages)