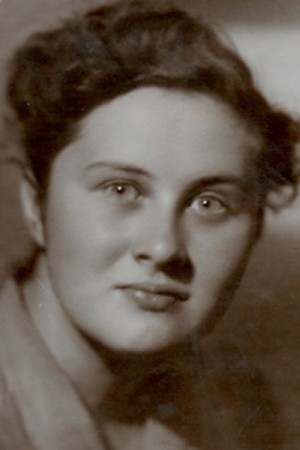 Elena (Lyolya called by her parents and friends or Loyla called by her grandchildren) was born to  the family of  a prominent Soviet chemical engineer and inventor Vladimir Postolovskiy and his wife Zoya. He was a victim of Stalinist repressions.  So Elena was growing up as a daughter of  “the enemy of the Soviet people”.  She was very intelligent , liked reading and playing piano.  She loved art and  enjoyed museum visits. She was writing poetry. She graduated from the Agricultural Sciences Academy in 1956 and got a Ph.D. in biology in 1968. She was doing research in biochemistry as her profession.

She met her husband Vladimir Sedov  in Moscow in 1956. They fell in love at first sight and married the same year.  He was  doing postgraduate studies in MGIMO (Moscow State Institute of International Relations) at that time and they had an exciting life together for almost ten years. They had their daughter Nadia born. They were always surrounded by friends,  Vladimir  had an outstanding  career in the Soviet international affairs, he  traveled internationally  and was doing research. After they divorced, Elena pursued her professional career.

Since early 1990’s she was  retired and was traveling to the USA every year to stay with her daughter’s family. She adored her grandchildren. She moved to the USA permanently in 2011 and became a US citizen. A funeral mass will be held on Saturday, December 22, 2018, 1:00 PM, at Saint Mary of Egypt Orthodox Church, in Roswell, GA.  Georgia Funeral Care & Cremation Services, Acworth, GA, 678-574-3016.