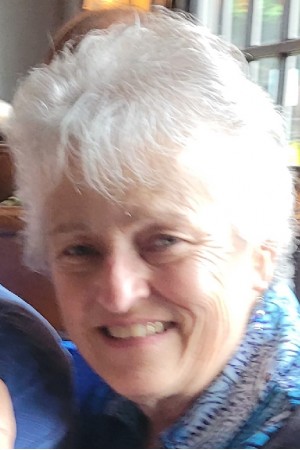 Frances Marie (Ruzich) Busi (70) passed away at home in the early morning of October 7, 2022. She was surrounded by family. Fran’s transition was due to Chemo treatments damaging her immune system. She was undergoing a courageous battle with aggressive cancer. Fran’s physical body was severely damaged, but her spirit, humor, and love of family and friends remained untouched.

Fran was born on March 28, 1952, in San Antonio, Texas to CMSGT George and Vita Ruzich. As a USAF military “brat” she accompanied her parents as they traveled around the country. She met the love of her life, Jim Busi, in Fort Walton Beach, Florida in 1970 and married at USAF Hurlburt Field Chapel, Florida on June 11, 1971.

Fran continued her travels as a military spouse with several years in England, Germany, and other stateside Air Force Bases. While at Minot AFB, ND Fran and Jim adopted their son Brian in 1980. The three of them moved to their final military assignment to Panama City, Florida in 1985. They moved to Tallahassee, Florida in 1990 and eventually moved to Georgia in 1997.

Fran leaves her husband of over 51 years and son Brian. Fran’s sister Ann resides in San Antonio with her daughter Dana, Dana’s husband John, and their son Calin. Fran has sisters/brothers-in-law in Florida and Pennsylvania. Also, friendships with other military families like Jim and Eva in Louisiana and Phil and Sharon in Pennsylvania. Those friendships date back five decades. There are many nephews and nieces scattered throughout the country.

Fran was a remarkable person who enjoyed traveling, meeting people and conversing over many different topics. She was very artistic and used her sewing and creative talents to make items that she gave as gifts or sold at craft fairs and farmer’s markets.

A memorial service will be held later this year.

Cindy creedon On Oct 09 2022 at 9am
Our thoughts and prayers are with Fran’s friends and family. Her fun and loving spirit will be missed by all! Reply to this comment
Showing 1 to 1 of 1 (1 Pages)