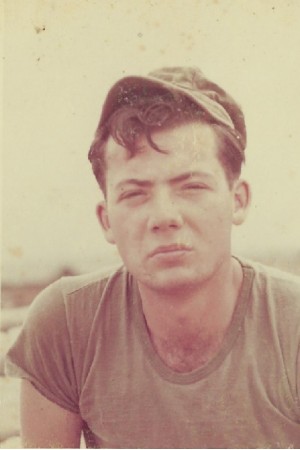 Lt. Gary Lee Lester, USN Ret., of Cartersville, Georgia, passed away Sunday, September 11 following a lengthy battle with COPD. Gary was born on November 26, 1946, in Fairmont, West Virginia.  He is preceded in death by his parents Howard and Mable Lester and his daughter, Kimberly Toole.

Gary served his county proudly for 26 years in the United States Navy.  As an enlisted man, he served in CBMU 301 (Seabees) from 1967-1968.  Gary was deployed along with 200 other Seabees in CBMU 301 to establish a base at Dung Ha in the Quang Tri province in June of 1967.  He worked on airfield maintenance and like to tell how the Seabees laid the airfield material during the day and the Viet Cong carried it off at night. Gary was later promoted and served the remainder of his career as an officer.

In his retirement, Gary completed his bachelor’s degree at the University of Maine-Machias.  He developed a love of computers and enjoyed gardening, baking bread (especially West Virginia pepperoni rolls), socializing with his buddies at the shooting range, and caring for his beloved dachshund, Baby Girl.  He was recently privileged to have the shooting range named in his honor.

A memorial service is being planned for the near future. Georgia Funeral Care and Cremation Services of  Acworth is honored to handle cremation arrangements for Lt. Lester.