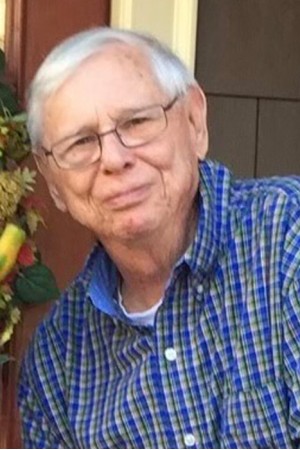 Gerald Dennard, passed away peacefully in the presence of his family on December 19, 2021, at the age of 85 after a hard-fought battle with cancer. Gerald was born on October 25, 1936, in Swanee County, Fl.  He served in the United States Navy and relocated to Atlanta from Jacksonville, Fl while working with the railroad at Railway Express Agency.  He retired from Lockheed Martin in Marietta. He spent many years of his retirement as an avid golfer. He was a member of Shady Grove Baptist Church in Marietta for many years and Summit Baptist Church.

He is preceded in death by his parents and his sisters, his first wife Madelyn, and his second, Martha (Carrie).

He is survived by his son Wayne (Melinda), and stepson Terry Kemp (Christie), six grandchildren, Robert Dennard (Tiffiney), Stephanie Dennard, Ashlan Kemp, Madelyn Dennard, Mallory Dennard, and Haley Kemp, and two great-grandchildren, London Myers and Micah Dennard.  The family will receive friends at The True North Building of NorthStar Church, 3413 Blues Springs Rd, in Kennesaw, GA, on Monday, December 27, 2021, from 1:00 PM - 2:00 PM for visitation time with the funeral to follow at the church at 2:00 PM. Georgia Funeral Care is in charge of the services and a private committal service will be held at a later date at Georgia National Cemetery.