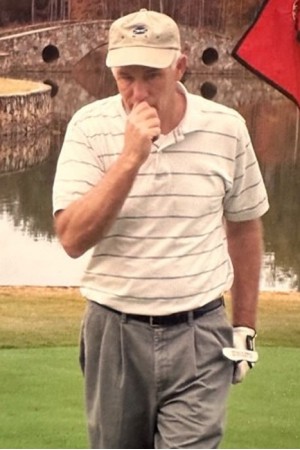 On December 26, 2022, Larry Wayne Branton went home to be with the Lord. Larry was born on November 1, 1942, in Cartersville, Georgia, son of the late Homer W and Carrie Mae Lewis Branton.

Proverbs 31, verse 10 asks the question “Who can find a virtuous woman?” Larry found his virtuous woman, and his beautiful bride, Loretta Lingerfelt Branton, to whom he was married on September 15, 1962. During his illness, Loretta has also been his loving caretaker for the past 10 years.

He was a former member of the Cartersville Church of God, and at the time of his death attended Remnant Church.

He was quite an athlete who was skilled in basketball, golf, and softball. He played on many Softball State Championship Teams. Larry was also an avid golfer and enjoyed playing with his golfing buddies at Green Valley Greens. He was proud that he was a winner of the Big Monkey Golf Tournament in Waynesville North Carolina and was remembered as someone who got several hole-in-ones over the years. His love of sports has been passed down to his children and grandchildren. He will be greatly missed.

He retired from the Georgia Department of Transportation. He and his wife and children also started L&L Trophies and Sporting Goods in 1978 which they ran until the 90’s. He also was the owner of Parking Lot Striping.

Georgia Funeral Care and Cremation Services is honored to serve the family of Larry Branton under the direction of Parnick Jennings, Licensed Georgia Funeral Director.