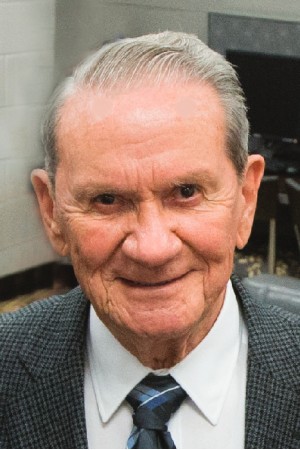 Major James Grieve Cunningham, born in Renton, Scotland August 20, 1933, went to be with his Lord and Savior Jesus Christ, on November 3, 2022.  He was the middle son of John and Margaret Cunningham.   The family emigrated to the United States in 1948.   “Jim” married Janice Harry in 1955.  He graduated from the University of Akron in 1956 where, as an excellent soccer player, he was instrumental in the beginning of a collegiate soccer program that later produced the national champions in 2021.  He never lost his love for soccer even when it became a spectator sport.  Also in 1956, he proudly became a US citizen and joined the Army where he would serve for over 20 years in New Jersey, Georgia, Germany, Boston, Indianapolis, Vietnam, Dallas, Washington State and Washington DC.   While stationed in Europe, he often traded his army boots for ski boots and developed a passion for skiing.   That passion was transferred to his children and to almost all of his grandchildren. After his military service, he was employed by the Defense Contract Administration in Marietta as comptroller where he served for 17 years.  One of the joys of his life was studying the Bible, often memorizing passages of scripture and frequently teaching Bible studies.  He also began participating in and supporting missions both locally and abroad.  Local missions included Passion Life, Atlanta Care, The Hope Center, and Community Vet Care. The International missions were located in Guatemala, Liberia, Cuba, and Romania. He especially enjoyed trips to Romania and spending time teaching and ministering to the Romanian Gypsies.

A Celebration of his Amazing Life will be held at Community Bible Church 200 Chastain Road  NW Kennesaw Ga on November 18th at 10:30 AM  with Pat Pieters officiating.  There will also be a visitation from 7 to 9 PM on Thursday evening November 17 at the church.  Following the Celebration, a private burial service will be held at the Georgia National Cemetery in Canton Ga.

In lieu of flowers, the family requests that contributions be made to Community Bible Church for Romania Missions (Jim’s favorite)