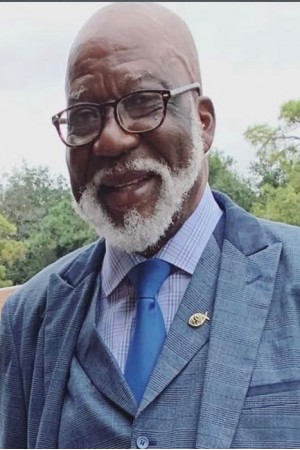 Hector immigrated to the United States in 1985 to Spring Valley, NY where he would go on to thrive in several decades of church ministry. Hector Charles served at Evangelical Christian Alliance Church as an associate pastor often preaching Sunday sermons and leading weekly bible studies. He then fulfilled the role of the senior pastor at Pilgrim Wesleyan Church (Spring Valley, NY).

Hector also planted two churches Eglise du Seigneur (Church of the Lord) in Jacmel and Carrefour, Haiti. He played a vital role in sustaining the longevity of these churches for well over 30 years up until his passing.

In 2016 Hector moved to Orlando, Florida where he would continue on with his devotion to being a biblical scholar. Hector has influenced and played significant roles in the lives and ministries of many pastors and congregants alike. He fulfilled the roles of mentoring, coaching and discipling others. Additionally he was instrumental in assisting other pastors in their ordination, church planting and growth. He diligently continued to study the gospel and preach sermons he often spent hours crafting. In the past two years he took extra joy in starting a “Rezo” (ministry network) in which he would preach and pray for others faithfully near and far.

Hector spent the last month of his life in Dallas, Georgia celebrating the holidays with his youngest grandchildren. During this very special time he shared many of his life stories, many moments of prayer and worship onto the Lord, being reminded of how valued and loved he was. Last but not least being by the side of his beautiful wife Marie.

A funeral service is scheduled for 12PM on December 29 at the Benson Funeral Home located in 309 Hardee St, Dallas, GA 30132. Reverend Jude Louis Charles (son) will preside the ceremony.

“He gives strength to the weary and increases the power of the weak. Even youths grow tired and weary, and young men stumble and fall; but those who hope in the Lord will renew their strength. They will soar on wings like eagles; they will run and not grow weary, they will walk and not be faint.”

Deborah Walker On Dec 27 2022 at 4pm
Dearest Jude and Jo: There are no words to touch the pain and ache of loss...even for those who, like both of you, are equipped to help others walk through a passage like this. Still it is from a parent's heart that I can say seeing your success individually and as a couple is one of the most precious gifts a father or mother can hope to receive along with delightful grands. You lavished him. May your dad rest joyously in eternity. Reply to this comment
Jude On Jan 13 2023 at 10pm
Thank you so much for your kind words, Deb.
Martine Desrosiers On Dec 27 2022 at 4pm
My deepest condolences to the family & friends. Reverend Hector was such a kind man & love his family. It was a pleasure to meet him in Orlando few years ago. Sending extra love to Mrs. Charles. You guys be strong. He will be missed. May he rest in the arm of the lord. Sending love & prayers to you all Reply to this comment
Esaus Dorsainvil On Dec 27 2022 at 12pm
The Lord gave, the Lord took away: praise be to the name of the Lord. Go in peace servant of God Reply to this comment
Showing 1 to 3 of 3 (1 Pages)