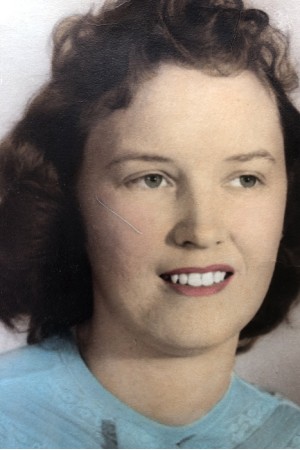 Mrs. Thelma Delores Wright, age 80, passed away on Saturday, April 13, 2019, in a local hospital. She was born on October 9, 1938, to James and Lenora Wiggins, and resided in Floyd County all her life. Mrs. Wright was of the Baptist faith, attended The Word and The Way Baptist Church, Sunny Hill Baptist Church, and later was a member of the Friendship Baptist Church. She graduated from Model High School in 1958, and attended Carroll Lynn Business School. She was Secretary to Judge Maddox, a number of years, until his retirement; and, worked for Harvey-Given Company many years.

She later married R. C. Wright, who preceded her in death in April 2012. She was also preceded in death by her parents; two brothers, James and Charles Wiggins; by a son, Jerry Glenn Agan, and several step-sons. Mrs. Wright loved listening to and singing gospel and country music, was a devout Christian, and was loved by everyone! Mrs. Wright is survived by her son, Jason C. Wright and his wife Misty M. Wright, and several grandchildren, great-grandchildren, nieces and nephews.

A Memorial Service will be held on Tuesday, April 23, 2019, at Cornerstone Church, 324 Mathis Drive, Rome, GA, 30165. Visitation will be from 6 to 8 p.m. in the Chapel. The family requests no flowers. If contributions are made, please send them to the Activity Department at Fifth Avenue Health Care Center, 505 N. Fifth Avenue, Rome, GA, 30165.

Brenda Wright On Apr 18 2019 at 8pm
Lois was always good to me when I was married to David. She was always good to every one and always FRIENDLY. I thought of her often after her and RC moved from high rise. May PEACE Be with you WHILE YOUR HEART HEALS. DEATH LEAVES A MEMORY NO ONE CAN HEAL. LOVE LEAVES A MEMORY NO ONE CAN STEAL. Reply to this comment
Brenda Wright On Apr 18 2019 at 4pm
Jason so sorry for your loss.My thoughts are with you. Reply to this comment
Showing 1 to 2 of 2 (1 Pages)