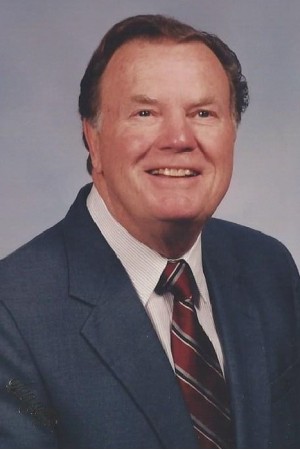 Thomas (Tom) Alfred Yarger, age 93, entered eternal rest on February 19th at his home in Acworth, GA. He was born July 20, 1928 in New Lexington, Ohio.  He was survived by his wife of 63 years; Marilyn Ragas Yarger. Tom and Marilyn had known each other since childhood and were married in 1958 at their families’ home church, St Luke’s Lutheran Church in New Orleans. He was well-loved by his family. Is survived by his daughter, Pamela Elaine (Mark) Patterson, and his son Keith Thomas (Karen) Yarger (Coppell, TX,... Four grandchildren: Alexandria (Abe) Hernandez, Bradley Yarger, Mark Alan Patterson Jr (Robin), and Travis Patterson and one great-grandson, Jake Patterson.   He is preceded in death by his parents, Floyd Yarger and Edith Devere Dupler, stepmother, Vera Edgett, and brother, Robert Yarger.

At the age of 11, Tom moved to New Orleans with his family.  He attended school in New Orleans graduating from Warren Eastern High.  Drafted into the army, he served during the Korean War.   Under the GI Bill, he attended LSU and graduated in 1957.  He worked for several Ford dealers in the New Orleans area and rounded out the last 24 years of his career retiring from Ford Motor Co. in 1991. Tom lived most of his life in New Orleans and Slidell, before moving to Holbrook Senior Living in Acworth Georgia so he and Marilyn would be near their daughter.

Tom loved the Lord and served him well in many leadership roles; as Council President, building committee chairman for Prince of Peace Lutheran, and working with the Gideon’s passing out bibles at Angola Prison. He loved the Lutheran community in New Orleans and was a member of St. Luke’s Lutheran, Prince of Peace Lutheran, and a founding member of Lamb of God Lutheran Church in Slidell, LA and later joined St Paul Lutheran in Picayune, MS, and Faith Lutheran in Marietta, GA. Tom loved working outdoors! While a student at LSU he and his buddies traveled to Yosemite to fight forest fires for the summer and later in life spent many a Saturday digging, burning, cutting grass, and making repairs to his fleet of lawnmowers at his place is Bay St. Louis. If not working outside he enjoyed walking the City Park golf course for 18 holes of golf.

He was an avid football fan and rarely missed an LSU or Saints game.  He had fun playing poker and Texas canasta with his friends and he often referred to poker night with church buddies as the Stewardship meeting.  He also liked to teach others how to play cards, teaching his grandkids and the ladies at Holbrook how to play poker; the grandkids enjoyed learning his poker lingo.

A memorial service will likely take place later at Holbrook Acworth. In lieu of flowers, donations may be made to the Faith Lutheran, Marietta building project. Faith Lutheran Church – Connecting People to Jesus (faithmarietta.com)