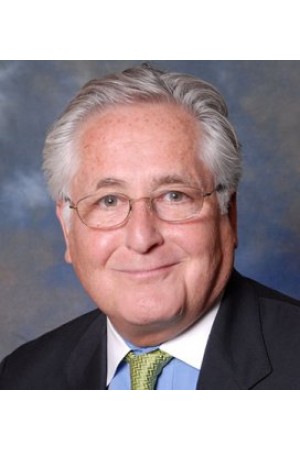 William R. “Max” Carey, Jr., 69, died Wednesday, May 24, 2017, at Emory University Hospital in Atlanta, following a courageous 15 month battle with Acute Myeloid Leukemia. He leaves his wife of 45 years, Susan (Estes) Carey; his daughter, Elise Kelso and her husband Bryan; his daughter, Caroline Zuniga and her husband Jacob; his son, William R “Billy” Carey III and his wife Laura; his two brothers, Christopher Carey of Brooklyn NY and Michael Carey of Allendale NJ and their families; six grandchildren; and many close friends.

Raised in Allendale, New Jersey, the son of William R “Bill” Carey and Hertha (Birner) Carey, he attended Columbia University on a NROTC scholarship. A three year letter winner in football, he was an “All-Ivy League” Defensive Halfback in 1968 and set an NCAA record for Career Kick-off Returns in 1969. Entering the US Navy in July 1969, he rose to the rank of Lieutenant over a seven year career that included flying 100 missions over North Vietnam, completing more than 300 carrier landings and becoming one of the few elite fighter pilots to achieve Top Gun certification. He met his wife, Susan Estes, while stationed in Pensacola, Florida, during flight school.

In 1981, he founded Corporate Resource Development (CRD), a marketing and sales consulting firm. A few years after its inception, CRD was named to the INC 500 list of fastest-growing privately held companies in America. The challenges of balancing a successful business and a successful personal life are captured in his book “The Superman Complex.” Max also served on the Board of Directors for Outback Steakhouse, K-force, Inc, Crosswalk.com, and Lime Energy.

Max was a particularly passionate and gifted mentor, which is evidenced by the many people who attribute him with imparting life-changing wisdom and guidance. In 2000, he was a recipient of the Dr. Martin Luther King, Jr. Humanitarian Award.

A Memorial Service will be held at 2:00 pm on June 3rd at North Metro Church in Marietta (2305 Ernest W. Barrett Pkwy, NW, Marietta, GA 30064). In lieu of flowers, memorial donations may be made to the Leukemia and Lymphoma Society.

Please express condolences for the family in the comments section below. The Carey family is being cared for by Georgia Funeral Care and Cremation Services, Acworth, Georgia.

Joey John Faria On Feb 27 2022 at 12pm
This is rather late. I was not aware that he passed on. I met Max and also found a friendship in your professional rapport. He was every bit a Top Gun Pilot. He thought I wasn't serious when I said to him I would someday be in a spot to hire if for some business ventures - which I delivered on and her was incredible, passionate and part of the best generation. RIP Reply to this comment
Barry Gordon On Nov 19 2019 at 9am
I met Max at one of the most difficult times in my life. He was there with always a word of encouragement a helping hand and a loving godly spirit Max is one of the finest men I've ever known and very missed Reply to this comment
Steve Shatrich On May 09 2019 at 9am
I flew to Atlanta on a Saturday in 1998 in a suit and tie to meet for the first time with Max. A man in long hair, jeans, white shirt and penny loafers with no socks walked into the room. He wrote on the board “Your business is functioning EXACTLY as it is designed to function”. The man left without saying a word. He walked in 10 minutes later and introduced himself as Max Carey. I originally thought he was the janitor. Max and I formed a deep partnership that day and worked together on many sales designs. He stated if you do not like how you are functioning you must look to the design. What is your sentence? In 2019, This still drives my behavior. I reached out just now to say hi to Max only to find he passed. I am crushed and saddened by his death. And, I am so fortunate to have had the opportunity to meet and work with Max Carey, one of the best and most authentic individual that lived. Fly high my friend and watch over us! Steve Shatrich Reply to this comment
Dennis Harris On Jun 16 2017 at 8am
Susie and the entire Carey Family, Please accept condolences from the Naval Aviation community. To us and his Country, Max was an American Patriot. We are confident he was a hero to your family. God speed on his flight West. Reply to this comment
Karl Whitlow On Jun 16 2017 at 8am
The man who inspired me to be great! My mentor, a true friend. I love you Max and always will. Karl…. Reply to this comment
Jim Cherry On Jun 16 2017 at 8am
Susan, I recall picking Max up for his first game with the Atlanta Renegades and bringing him home a lot later. He was insistent that we be ultra quiet as he had to come up with something since he had left home going to the grocery store–not to play in a rugby game. What a vivacious thoroughly enjoyable person to be with. He will be sorely missed. God bless you and the family Reply to this comment
Lance Doyal On Jun 16 2017 at 8am
Enjoyed meeting and playing rugby with Max he was clever and good company. I remember asking Max if his company took guys that were not doing well and trained them to do better and he replied that he wanted to take a company’s best people and teach them how to do better. Onward and upward Max, bless you and your family. Reply to this comment
Randall Josephy On Jun 16 2017 at 8am
Sorry to hear about Max! I was actually thinking about him last week. Played Rugby with him at the Atlanta Renegades Rugby Club! Great guy and sure a great Family Man! You will be missed- Max Carey. Reply to this comment
Holly & Steven Strelzik On Jun 16 2017 at 8am
Dear Susan and family, Steve and I are saddened to hear of Max’s passing. We have such fond memories of the times we spent together when your children were young. Max was a wonderful trainer and I learned so much from him. I use his techniques often. Sending condolences and love. Reply to this comment
Barbara Koblentz On Jun 16 2017 at 8am
I am so very saddened to read this news in today’s paper. I send my deepest sympathy to Susan, their children and all of the extended family. I still have such wonderful memories of when we were neighbors and just starting to raise our families so many years ago. May your faith and love guide you through this most difficult time. Reply to this comment
Showing 1 to 10 of 10 (1 Pages)