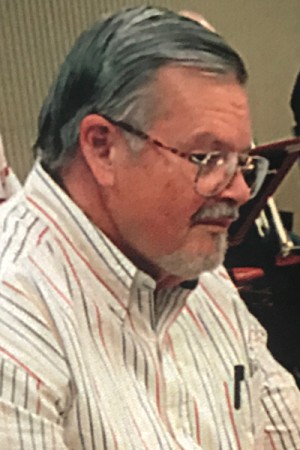 Dean was a lifelong musician; a percussionist first in the U.S. Army Band during the Korean Conflict and later with several Big Band inspired groups including; The ”Stardusters” and the Central Florida based “Over 55 Show Band” where he enjoyed entertaining thousands of Floridians with annual free concert series. He could be found jamming at Al’s Place in Lake Wales on many weekends and also performed as a founder of the band “Second time Around” playing Glenn Miller inspired favorites at local dances and events.

Dean graduated from Florida Southern University with a degree in Psychology and earned a Master’s degree in Industrial Psychology from the University of Louisville and a Doctorate of Psychology from Walden University. His professional life included pioneering work in Industrial Psychology, Cybernetics and research and development for NASA in the field of Human Factors during the Apollo “Man on the Moon” program. His inventive work resulted in patents for sight switch eye operated controls later adapted for wheel chair use. As a World Health Organization Fellow he studied Hospice programs across Europe as the basis of American Hospice programs.

Dr. Smith served on many non-profit Boards and as the Executive Director of several community and regional Mental Health Centers and later as Executive Director of Wheel House, a vocational and social transitional experience for wheelchair adapted individuals, one of his favorite and most satisfying endeavors.

Dean and his wife Doris enjoyed life on Lake Cannon in Winter Haven taking in the chain of lakes and enjoying the Cypress Gardens Ski Show with friends by boat. In summer they pursued adventures with family and friends in the Smoky Mountains from their home near Franklin, North Carolina. They greatly enjoyed raising and showing Tibetan Terriers and have been lifelong advocates for pet adoption and rescue. Antiques were a particular passion, buying and selling from their Lake Alfred store Antiques Unlimited for several years. They enjoyed unscripted travel together, antiquing along the way. Dean and Doris’ passion for music was the genesis of their relationship. Lakeland High School band led to a lifetime of shared musical experiences including playing in community orchestras and bands together.