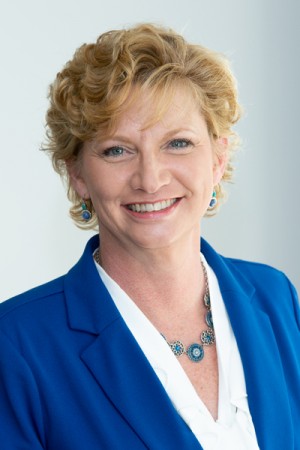 Terri Granger Potter, 58, of Dunwoody, Georgia, passed into glory on Thursday, May 26, 2022 due to a brain aneurism.

Terri will be lovingly remembered by her husband of almost 39 years, Price Potter and their three sons, Dale (named for his grandmother); Daniel and wife, Jenn, and their 4 children, Kaladin, Hailey, Braelynn and Aubrey; and David & wife, Megan, and their child, Hadley. She was an adoring daughter of Dale Bryan Ryals and an older sister to Holly Conley and an aunt to Shelly. She is survived by her numerous uncles, aunts, cousins and other close family members.

Terri was preceded in death by her stepfather, Robert Ryals, her father, Bill Granger, her grandmother Virginia Sosby, her uncle Morris Bryan, and her nephew Quinn Conley.

Terri was born on December 31, 1963 at Piedmont Hospital in Atlanta, Georgia. She attended Riverwood High School and then graduated with a Surgical Technologist Degree from Dekalb College. She met Price Potter at Callaway Gardens and then married him on June 25, 1983. They then moved to Huntsville, AL, where she gave birth to Dale and 18 months later, Daniel. After 7 years, she and her family moved back to Atlanta and settled in Dunwoody, where she had her third child, David. Price and Terri raised three sons into God-fearing, honorable young men who loved her very much. After years of mentoring from her stepfather Robert, she started her own company, Georgia Health Insurance, in 2006 and has grown the company to include her husband, son, and other wonderful employees.

Terri dearly loved being “Gigi” to her grandchildren and directed much of her love and energy to them over the last 8 years. Terri was a fabulous cook and baking was her specialty.  She loved to make fudge cake, Key Lime pie, chocolate chip cookies and was famous for her peanut brownies and cheesecake.  She was also an avid gardener and loved to have her house, yard, and water garden adorned with plants, flowers, fish, (especially) turtles and various other fruits and vegetables. She was a beach girl and loved to visit her mother in Florida many times with family/friends in tow.

Terri was a devoted Christ follower and continually praised God for saving her sons. She constantly encouraged them to take everything to the Lord in prayer. She was a faithful member of North Peachtree Baptist Church and later First Baptist Church of Atlanta.  Terri was a Sunday School teacher of young girls and then she became a teacher for God’s Masterpieces, the Special Needs ministry of FBA. Her son, Dale, was especially thankful for her dedicated service in his class and to his classmates. Terri loved to serve others and in that spirit, she chose to be an organ donor. Her family will miss her big presence in their lives and rejoice in knowing that she was at peace with God and is now resting in the arms of Jesus.

Flowers can be sent to First Baptist Atlanta.