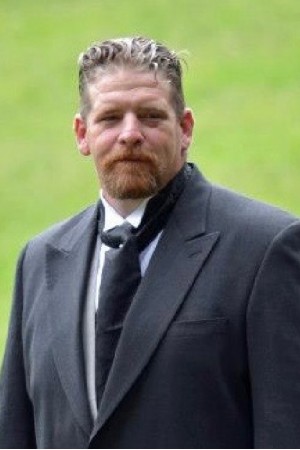 Christopher Lamar Branton, age 48, went to be with his savior, Jesus Christ, on January 31 st, 2022 after complications post open-heart surgery for an aortic dissection at Northside Gwinnett Hospital. He is preceded in death by his father, Tony Lamar Branton, of Cartersville, Georgia, and his mother, Maxine Janes Brewer, of Cartersville. Christopher is survived by his wife, Mary Claire Branton, of almost ten years; his daughter, Jessica Branton Cusick, and her husband, Adam, of Savannah, Georgia; his brother, Jonathan Maxwell Branton, of Rome, Georgia. Chris is also survived by his mother and father-in-law, Claire and Charles Dunn, of Cartersville, Georgia; sister and brother-in-law, Laura and Zach Lund of Decatur, Georgia; extended family, countless friends, and his beloved 4lb Yorkie, Molly.

Christopher was born on October 22 nd, 1973 in Cartersville, Georgia. He graduated from Cartersville High School. As a member of the class of ’92, many remember his weightlifting record and skills as an offensive and defensive lineman for the Cartersville Purple Hurricanes, who won the State Football Championship in 1991. He obtained a football scholarship at Mars Hill University in North Carolina. He ran his own painting business in St. Louis before moving to Las Vegas to serve as superintendent on the construction of the Fontainebleau Casino. Upon moving back to Cartersville in 2012, he reconnected with a classmate, Mary Claire Dunn, and they married on the Blue Moon of 2012 in August.

The couple moved to Wuxi, China, where he worked as General Manager for At-Pac Scaffolding. He traveled the world on business and loved his job. Mary Claire and his daughter, Jessica, enjoyed traveling throughout China with him and recall him working from his cell phone whilst hiking the Great Wall outside of Beijing. When Chris and Mary Claire returned to America with their Yorkie, Molly, he was promoted to various positions at At-Pac, including Chief Operating Officer.

Chris was an incredibly smart man with a photographic memory and an IQ of 186. His wife and daughter often obtained information from him instead of using Google. His passions included science fiction, astronomy, and quantum physics. He was a hypercar enthusiast and drove a Porsche Boxster and a Ducati XDiavel motorcycle. He frequently rode his bike for children’s charities. He founded and supported his wife’s nonprofit, Charlie’s Port, which produces creative projects with exceptional children. His favorite hobbies were glass blowing and copper artwork. He loved Star Wars, Marvel, and DC comics. His nickname was Superman.

Chris’ dry wit and creative sarcasm were appreciated by all. He was capable, provisional, and had no tolerance for malarkey. He always took care of his family and loved ones, especially his daughter and her best friend, Ally Reed. There will be a celebration of life at Georgia Funeral Care on March 5 that 11:00 AM at 4671 S. Main Street in Acworth, Georgia, 30101. In lieu of flowers, memorial donations can be made to Charlie’s Port at www.charliesport.org

Therese D. Davisbd657d On Feb 09 2022 at 10pm
You will be greatly missed and never forgotten. May the Force be with you!!! Love always Aunt Therese Reply to this comment
Katherine Taheri On Feb 08 2022 at 8am
Through marriage, Chris and I have been family for years. Only now, through this remarkable obituary, I know him better. How sad not to have known more over the years of Chris’s skills and history. His obituary paints a picture of his special, loving, witty nature. We shall miss you so, Chris. There will be a sadly empty chair at our family get togethers. Rest peacefully dear Chris. Reply to this comment
Claire Dunn On Feb 08 2022 at 8am
Fly High Superman! Love you always, Mimi Reply to this comment
Showing 1 to 3 of 3 (1 Pages)