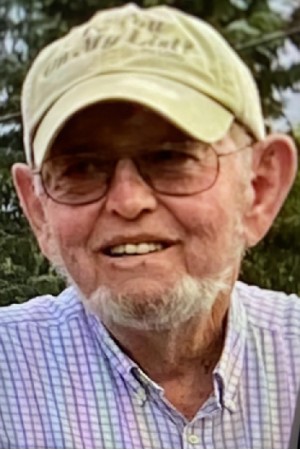 Jimmy Ray VanDyke was born on April 4, 1940, in Yukon, West Virginia as the second of five children born to his parents, James Ralph and Renda VanDyke. The family relocated to Tazewell, Virginia when he was a young child. He graduated from Tazewell High School in 1957 and enlisted in the army where he honorably served his country before marrying his high school sweetheart, Ellen Wheeler VanDyke, on June 18, 1959. The couple had two daughters, Deborah and Angela. He retired as a superintendent from the VA DOT highway department after more than twenty years. He later moved to Lake Panasoffkee, FL where he met and married his wife, Donna Joann Parris VanDyke on May 9, 1998, where he gained two sons, Kermit and Brian. The couple was members of Lake Panasoffkee Church of God for many years.

Ray was a dedicated husband, father, grandfather, and great-grandfather, and his girls were his pride and joy. He loved to fish and to teach his grandchildren to love to fish. He will be deeply missed.

Ray went to be with the Lord on September 26, 2021, at the age of 81. He was preceded in death by his parents, both brothers, and one sister (Janet), his children’s mother, Ellen VanDyke, and his wife, Joann VanDyke. He was survived by his children, Deborah VanDyke of Lake Panasoffkee, FL, Angela VanDyke Smith (and Barry) of Acworth, GA, Kermit Dezearn (and Shannon) of ——Orange City, FL, and Brian Hartung (and Kim) of ——Delray, FL, granddaughter, Brandi Smith Meadows (and Hamilton) of Douglasville, GA, great-granddaughters, Eliana, Adeline, Briella Ray, and Annabelle, sister, Carol Duran of Plant City, FL, sister-in-law Phyllis Davidson of Tazewell, VA and many nieces, nephews and cousins, and family members.

Memorial services will be held on October 7, 2021, at 11:00 am. Georgia Funeral Care at 4671 S. Main St. Acworth, GA, and he will be laid to rest with veteran’s honors at Georgia National Cemetery in Canton, GA immediately following.

“I lift up my eyes to the mountains— where does my help come from? My help comes from the Lord, the Maker of heaven and earth. He will not let your foot slip— he who watches over you will not slumber; indeed, he who watches over Israel will neither slumber nor sleep. The Lord watches over you— the Lord is your shade at your right hand; the sun will not harm you by day, nor the moon by night. The Lord will keep you from all harm— he will watch over your life; the Lord will watch over your coming and going both now and forevermore.” Psalms 121:1-8 NIV