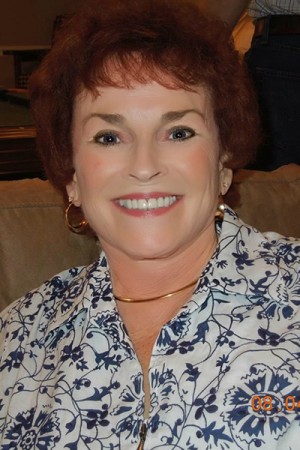 K. Teresa Hart was born Katherine Teresa Nunnally on November 16, 1941 in Sitka, Alaska. Her parents, Sheila and Clyde Nunnally, were Irish, Welsh, German and Native American Inupiat Eskimo. She was the oldest of their two daughters and was raised in the coastal town of Reedsport, Oregon. After graduating high school, she briefly attended the University of Oregon where she majored in English. She married her high school sweetheart, Ronald Burleson, in 1963 and began her married life as a wife and mother to their two children, Timothy and Molly.

Their first years of married life were spent in California, Washington and Tillamook, Oregon where Ron worked in construction. In 1972, the family moved to Forest Grove, Oregon where she lived until relocating to Atlanta, Georgia with her 2nd husband, E. Charles Hart, in 1997.

While in Oregon, Teresa began a life-long career working in the insurance industry. Her commitment and dedication to work is reflected in the fact that she had only one employer during her entire professional career - Waltz Sheridan Crawford of Forest Grove, Oregon.

She was well known and respected in the community and was active in The Rotary Club, The Insurance Women of Tualatin Valley and her church, St. Bede’s Episcopal. She supported her children in their affiliations with the Masonic Orders of De Molay and Rainbow Girls, for which both of her children were actively involved and served as Mother Advisor to both the Forest Grove and Hillsboro Chapters of Rainbow Girls for many years.

She met Charles “Charlie” Hart, a retired Navy Master Chief Petty Officer and Engineer, while visiting her daughter in San Diego in 1988. They married on Valentine’s Day in 1989 and both continued to work and serve their community until they relocated to Acworth, Georgia due to a career opportunity for Charlie. She took the opportunity at this time to “semi-retire” although she continued to work part time as a sales consultant for Weekenders Clothing and Noevir Skin Care.

Teresa loved her time in the South and fell into a seemingly natural role as a “Southern Belle”. She made many friends during her life in Acworth and was actively involved in The American Business Woman of Atlanta, The Phi Beta Sigma Sorority and “Gusty Girls”, a local business networking group. She was a patriot - one of her greatest sources of pride was the fact that she was a “Navy Wife” and "First Mate" to her retired Master Chief. She was a faithful and caring neighbor, often taking care of family pets and homes while her neighbors were away. She could be counted on to lead any fundraising effort for any organization and gave her time freely to help any charitable effort. She converted back to Catholicism a few years ago and lived the rest of her life as a devout Catholic and parishioner of St. Clare of Assisi of Acworth.

She was known for her exquisite beauty and flair for fashion. She loved a good margarita and loved the holidays, especially Thanksgiving and Christmas when her favorite Pumpkin Ice Cream was once again in stock at the grocery store. She loved traveling and was able to see so much of the world during the course of her life, often traveling with her best friend, Patti, and other friends, Lorna, Julie and Linda as they cruised the oceans and flew the skies. She especially loved Germany and studied the language formally and was very fluent in speaking, reading and writing German. While visiting Germany, she could often be found engaging in deep conversation with local bakers about their breads and pastries. She loved classic movies as much as she loved Bill Murray in “What About Bob?”, the Irish singer Ruby Murray, Leonard Cohen and the opera.

Per her request, she will be cremated and interred alongside Charlie at the Georgia National Cemetery in Canton, Georgia. Due to the COVID-19 pandemic, there will be no memorial services at this time. The family requests graciously that in lieu of flowers or other gestures of sympathy you make a donation in Teresa’s name to The American Heart Association.

Lastly, her children and grandchildren would like to personally thank and acknowledge Agape Hospice Care for their diligent care and concern for Teresa while she was in hospice care these last few weeks. We are grateful beyond measure for all that you did to ensure her safety and comfort in life which allowed her to transition peacefully and with dignity. 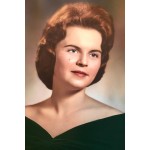 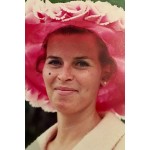 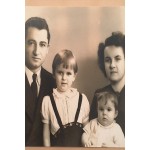