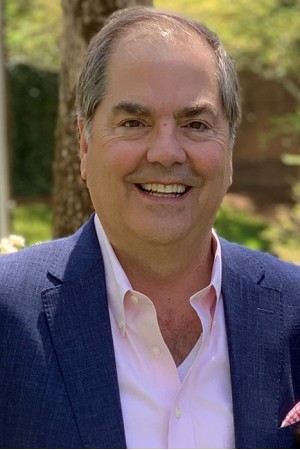 In his early years, Bill attended Pace Academy, where he was a great athlete, playing football and soccer. Once graduated, he went to the University of Georgia and was a member of theSigma Alpha Epsilon fraternity.

After college in 1982, Bill moved to North Tampa, training andworking with his father’s firm, Candler Development Company. In 1984, he moved to Orlando, where he developed a relationship with Publix, and later moved back to Atlanta, where he continued to develop shopping centers in North Atlanta and establish a relationship with Walgreens. Bill was an accomplished Real Estate Developer, building well over 50 shopping centers, apartments, and offices throughout Georgia and Florida.

Like his father and brothers, Bill had a passion for golf and was most at home out on the links with friends and family. His latest claim to fame was winning the Member-Guest at the Palmetto Golf Club in Aiken, SC in April of 2021. He also had a keen love for boating, especially throughout the intercoastal waterways and spent many summers on the beaches of Ponte Vedra and Sea Island. Bill loved the outdoors and spent countless hours tinkering in the yard with his beloved dogs and cat at his home in Atlanta and family farm in Greenville, GA.

In his later years, Bill volunteered his time as a coach at the Northside Youth Organization (NYO) and was called a favorite football coach by many young players in the community. Notably, he was an avid and devoted fan of The Lovett School and University of West Georgia’s football teams and could be found most Friday nights and Saturday afternoons at the Riverbank or Ra-Linn Field. Over the past four years, he served as a Trustee on the Board for the University of West Georgia. He also was a member of the Church of the Apostles for over 23 years. Bill was very generous with his time and always greeted aroom with a warm smile on his face.

Beyond a shadow of doubt, family was the most meaningful and important part of his life. He is survived first and foremost by his wife of 37 years, Linda, who was his precious high school sweetheart and the undisputed love and partner of his life. He will be dearly missed by his twin children, William “Willie” and Vallie, who he was incredibly proud of and always cheering forat football games and studies abroad. He is also survived by his mother, June Rackley Candler, brother Richard “Dick” Candler (Patty), and 6 nieces and nephews. He is preceded in death by his father, Asa Griggs Candler V, and his brother Asa Griggs Candler VI (Paulette).

In lieu of flowers, a memorial donation can be made at the University of West Georgia Athletic Department (Football) at https://giving.westga.edu/athletics/ or via check at UWG Athletic Foundation, Wolves Football, in memory of Bill Candler,1903 Maple Street Carrollton, Georgia 30118.

A service will be held on Thursday, September 9th at 11:00am at Westview Cemetery. Masks are suggested. Due to the times with COVID-19, a reception will follow for immediate family only.

Judy Lesesne On Sep 09 2021 at 7am
My heart is with you and your family. My first memories of Bill is when he was a newborn coming home from the hospital! How proud you both were! To lose Bill and his Dad is something I cannot fathom. Their accomplishments are a tribute to you. I'm sending all my love in this sad chapter of your life. Thinking of you and sending love and strength . Judy Reply to this comment
Showing 1 to 1 of 1 (1 Pages)